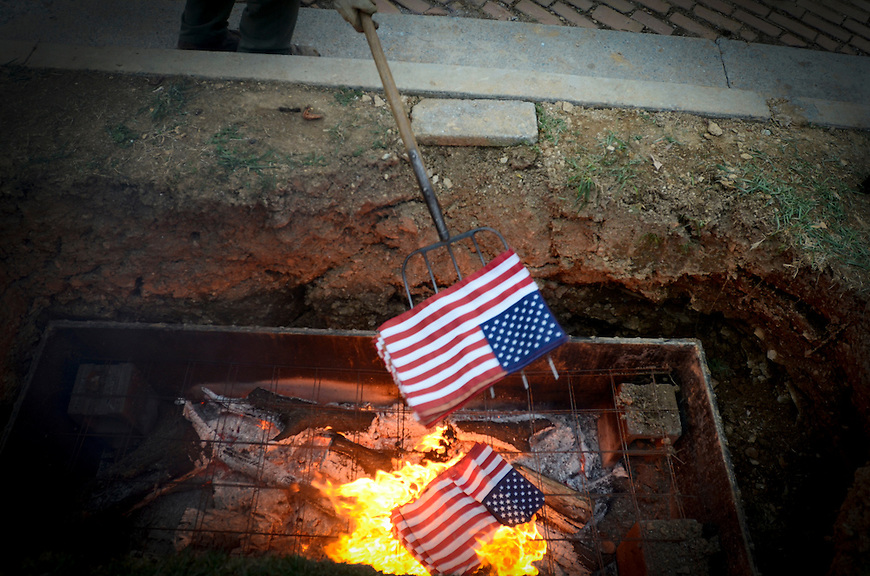 With the approach of winter, the Iraq & Afghanistan War Flag display was taken down as it has in previous years. However, this year, after careful consideration and consultation with veteran leaders, the Historic Prospect Hill Cemetery Heritage Foundation decided to permanently retire the Iraq War Flag section of the display. This decision has been made as a result of official declarations that combat operations in Iraq have ended. The cemetery foundation worked with the Shiloh American Legion and several VFW posts to properly retire 4,427 American flags, all of which have served their useful purpose. The retirement took place inside Prospect Hill Cemetery’s main entrance on Pearl Harbor Day, December 7th at 3:30 p.m. Flag memorial creators felt is was important to retire the existing flags on the same field they have decorated for the last six years. Planning is underway for a permanent memorial on the site to honor and remember combat losses suffered in Iraq since 2003.