The son of William & Sarah (Rhodes) Haack, he married Mary Ellen Smith November 28, 1858, in York and fathered three children, all of whom died before their father. In 1860, he was a mason living in York Borough, York County, Pennsylvania, and stood 6′ 3″ tall with dark hair and dark eyes. On August 27, 1861, he pled guilty to assault and battery and was fined $1.00 plus costs. He is in the 1860 census as “Hawk” and his military records often spell it that way, indicating how it was likely pronounced.

A Civil War veteran, he enlisted and mustered into federal service at York as 2nd lieutenant of Co. K, 87th Pennsylvania Infantry, and promoted to 1st lieutenant May 24, 1863. His demise came at the battle of Monocacy on July 9, 1864, during the heaviest part of the fighting. While climbing a fence to reach his lines, a shell fragment tore into him. Almost immediately afterward, a bullet struck him. Comrades pulled him over the fence and carried him off the field, taking him with them as they fled the field. He died before the column reached Ellicott’s Mills, where he was initially buried at the Methodist Graveyard. His family had his remains disinterred and reinterred in Prospect Hill Cemetery. 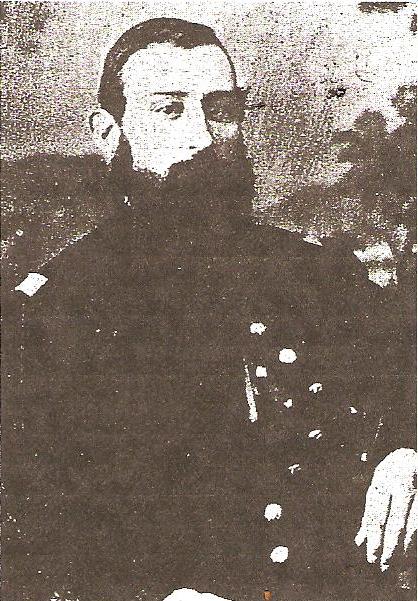