Civil War Congressional Medal of Honor Recipient. He was a First Sergeant in the Union Army. He was awarded the Medal of Honor as a Sergeant in Company E, 207th Pennsylvania Infantry for action on April 2, 1865 at Fort Sedgwick, Virginia. His citation reads “The color bearer falling, pierced by seven balls, he immediately sprang forward and grasped the colors, planting them upon the enemy’s forts amid a murderous fire of grape, canister, and musketry from the enemy.”  His name was entered and recorded on the Army and Navy Medal of Honor on the 24th day of March 1917. 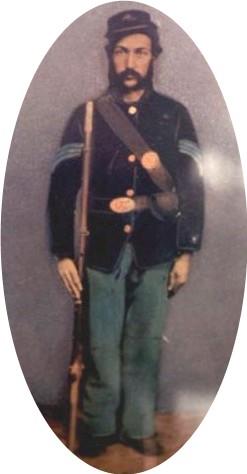 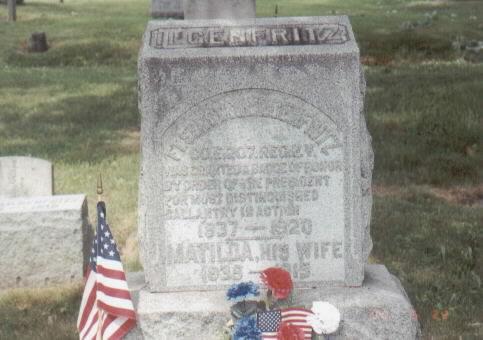 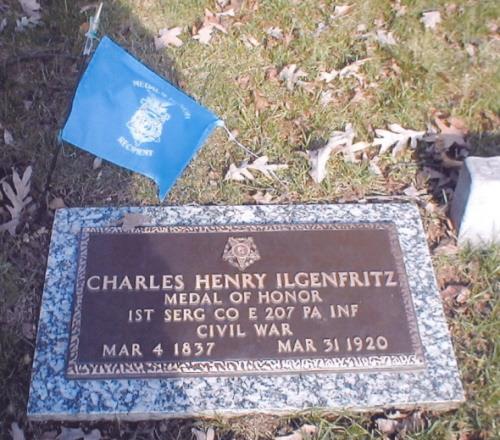