The son of Henry Clay & Maria (Schmidt) Ginter, in 1860 he was a laborer living in York Borough, York County, Pennsylvania. He stood 6′ 0″ tall and had dark hair and brown eyes.

An antebellum member of the York Rifles Militia Company, he was also a Civil War veteran. He first enlisted and mustered into federal service at Harrisburg April 20, 1861, as a private with Co. K, 2nd Pennsylvania Infantry, and honorably discharged with his company July 26, 1861, but is misidentified on the company register as “Frederick Ginter.” He then enlisted in York August 24, 1861, and mustered into federal service there September 11 as a private with Co. K, 87th Pennsylvania Infantry, rising to the rank of sergeant. Detailed as regimental butcher for a time, he was also assigned to recruiting duty in York during the summer of 1862 with Adj. Jacob Emmett. He honorably discharged at term’s end October 13, 1864, in York.

In 1890, advancing age and declining health forced him to enter the state soldiers’ home in Erie County. He returned to York until June 6, 1894, when ill health again put him into the federal soldiers’ home in Hampton, Virginia, where he remained until June 21, 1897. On October 4, 1902, he entered the facility in Dayton, Montgomery County, Ohio, where he remained until September 29, 1910, leaving at his request. He returned to York where he died from “myocardial failure and general arteriosclerosis” complicated by “chronic nephritis and senility.”

He had lived long enough to be the last survivor of both the York Rifles Militia Company and John Sedgwick Post No. 37, G.A.R., although he was not Prospect Hill Cemetery’s last Civil War burial as is sometimes reported. According to family lore, one of his fondest memories was shaking hands with President Lincoln at the inauguration in March 1865. 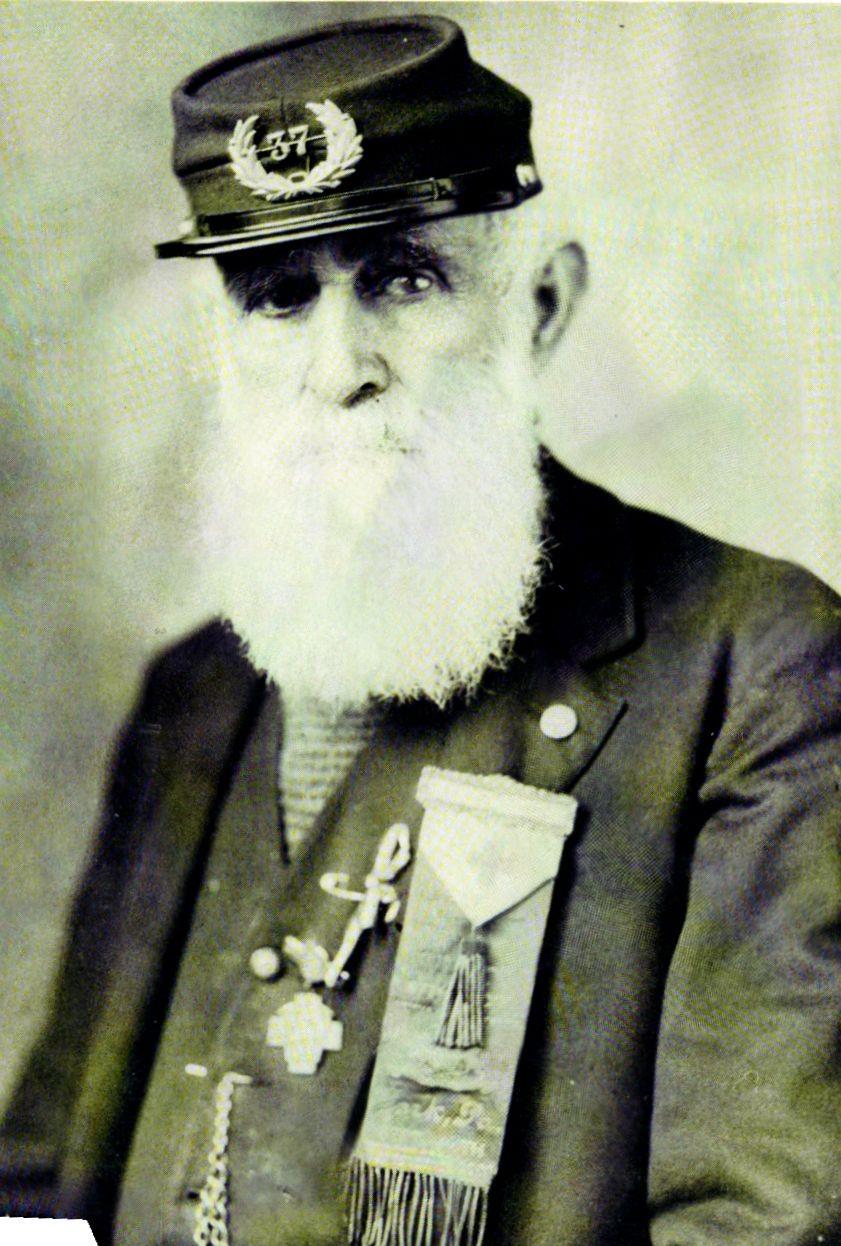