Private Co. K 87th Pa volunteers.  A Civil War veteran and antebellum member of the York Rifles Militia, he enlisted in York August 25, 1861, with Co. K, 87th Pa Inf, and held the rank of private. Suffered from an ulcerated leg and vision problems at Brandy Station winter of ’63 – ’64. Wounded in the left leg by a shell fragment and captured at the battle of Monocacy July 9, 1864, and imprisoned at Danville, Virginia. Exchanged February 22, 1865, and described by a comrade as “nothing but a skeleton,” yet he went to Ohio and enlisted with 112th Oh Inf. Fortunately for him, that unit never materialized. 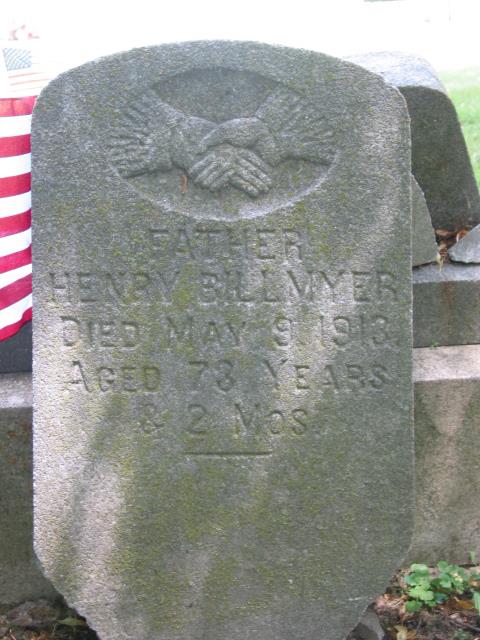