Husband of Phillipine Horlebein. In 1860, he was a peddler living in York Borough. He stood 5′ 6″ tall and had brown hair and gray eyes. His name was spelled a variety of ways, including “Holibien,” “Holaboin,” “Hollybine” in the 1860 census, and in the 1862 draft list, “Holabine.” Note that none of them includes an “r” in the spelling but that all of them indicate the “e” was not silent. This is a good indication of how his name was pronounced.

A Civil War veteran, he enlisted in York September 5, 1861, with Co. E, 87th Pa Inf, at the rank of private. Captured near the Weldon Railroad June 23, 1864, outside Petersburg, Virginia, and imprisoned in Andersonville. Released March 18, 1865, at Northeast Ferry, North Carolina, and sent to the Army Hospital at York where he died.

The monument shown here was erected in 1999 in his honor. 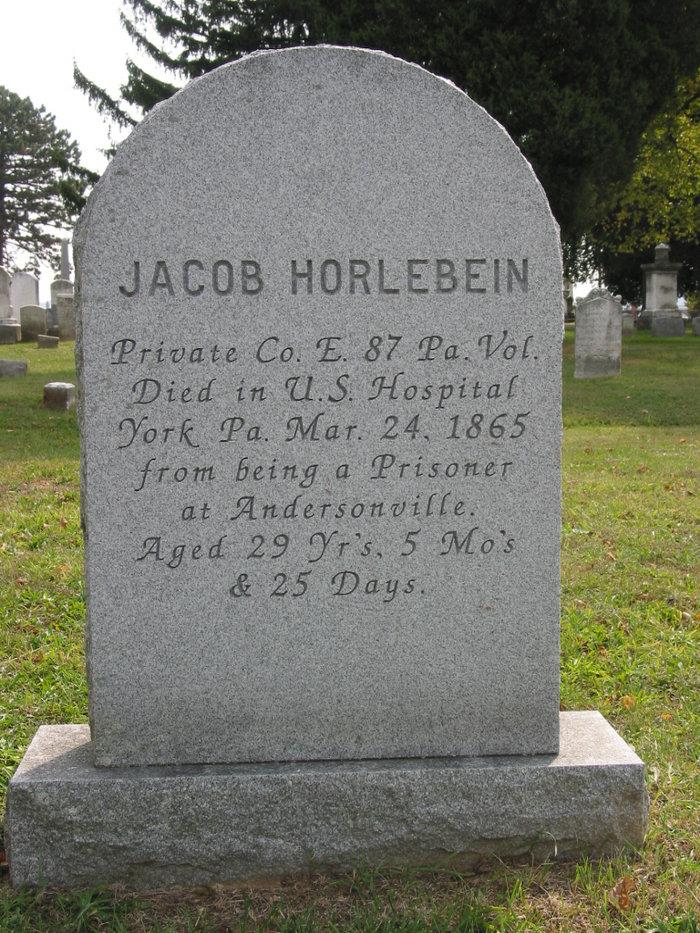