James B. Beck was the son of Eli S. & Zana Beck and the husband of Mary Lilinsick Beck, whom he married January 3, 1871. In 1860, he was a farmer living in Shrewsbury Township, York County, and later worked as a cigar maker and policeman, including a stint as York Borough’s chief of police. He stood 5′ 11″ tall and had dark hair and blue eyes.

A Civil War veteran, he enlisted in Shrewsbury August 31, 1861, with Co. D, 87th Pa Inf. Captured at the battle Carter’s Woods June 15, 1863, and incarcerated on Belle Isle in Richmond. Following his parole, he deserted from Camp Parole, Annapolis, Maryland, but returned to duty with the regiment on October 20, 1863. He was promoted to 1st sergeant, date unknown, and from March 1864 through muster-out, was acting lieutenant of Co. D with neither the rank nor pay of the position. Honorably discharged with his company October 13, 1864, in York. 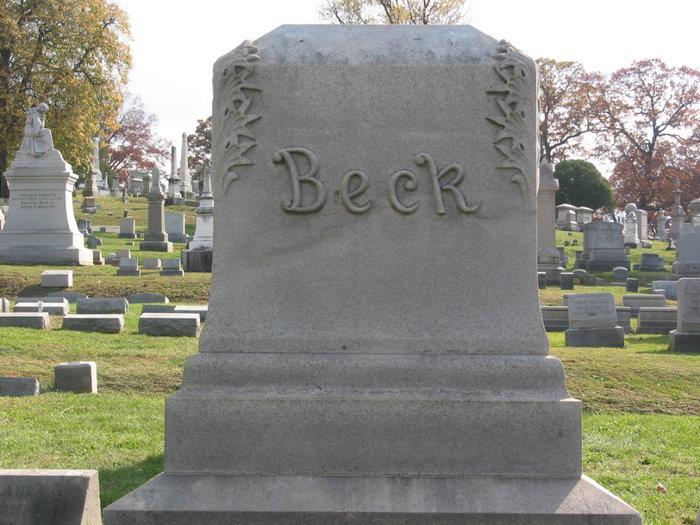 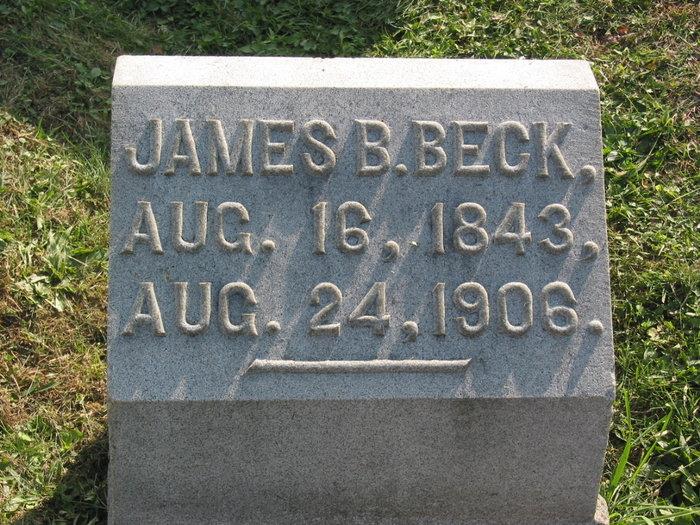