A sergeant in the U.S. Marine Corps, Denig was awarded the Medal of Honor for fighting with “skill and courage” during a furious 2-hour battle on August 5, 1864 at Mobile Bay on board the U.S.S. Brooklyn. His citation reads: “On board the U.S.S. Brooklyn during action against rebel forts and gunboats and with the ram Tennessee, in Mobile Bay, 5 August 1864.” The Medal of Honor was created during the Civil War to recognize unusual gallantry in combat.  The first recipients were Ohio soldiers, but a few soldiers from York County would receive the medal for their heroism during the Rebellion. He was honorably discharged in 1864. Controversy followed Denig when he arrived back in York in the late 1860’s after escaping from three lunatic asylums. In York, Denig published Jack Shepherd’s Trumpet and was charged with libel. The York Gazette describes the trial as providing ‘amusement’ for the quiet community. Denig died of health complications at the age of 38. He has two tombstones. The older has a birth date of June 11, 1845. But that disagrees with both his stated age at enlistment and the US census. The new tombstone appears to have the correct birth date. 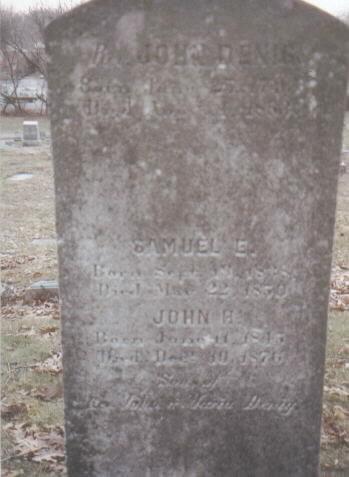 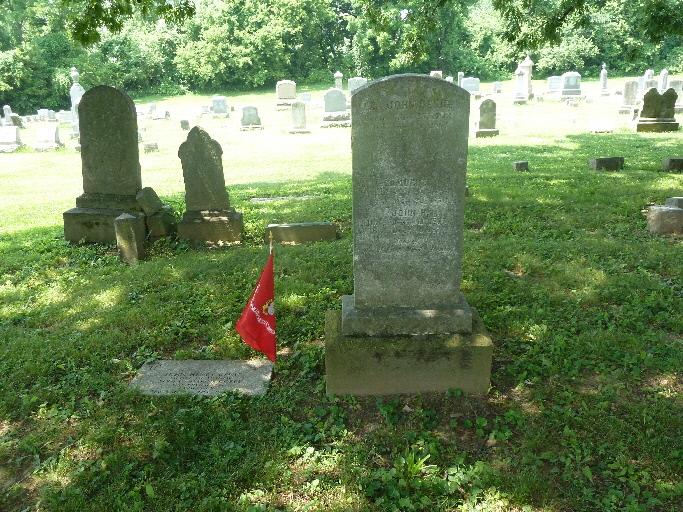 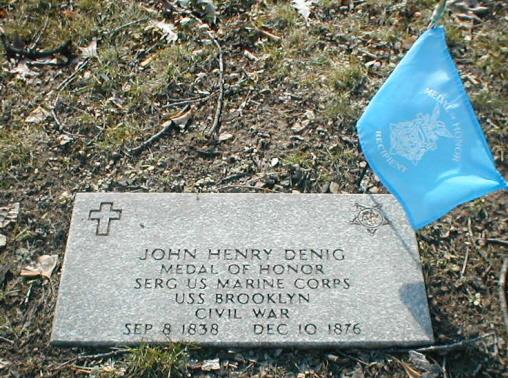