A lawyer in York, aside from his pursuit of legal affairs, Ziegle also had a fondness for the military. After his return from the Mexican War in 1849, he raised a military company called the Worth Infantry, which was celebrated for its proficiency in drill. Under Colonel Ziegle’s command, the Worth Infantry was sent to Cockeysville, Maryland to defend the Northern Central Railroad following the fall of Fort Sumter. Part of the railroad had been destroyed by Confederate sympathizers in order to prevent the movement of Union troops to Washington, D.C. The Worth Infantry and the York, Pennsylvania Rifles were, for many years, the military companies of York. Ziegle died from “congestion of the brain” at Warrenton, Virginia and his remains were brought back to York. He shares the tombstone of Peter McIntyre. 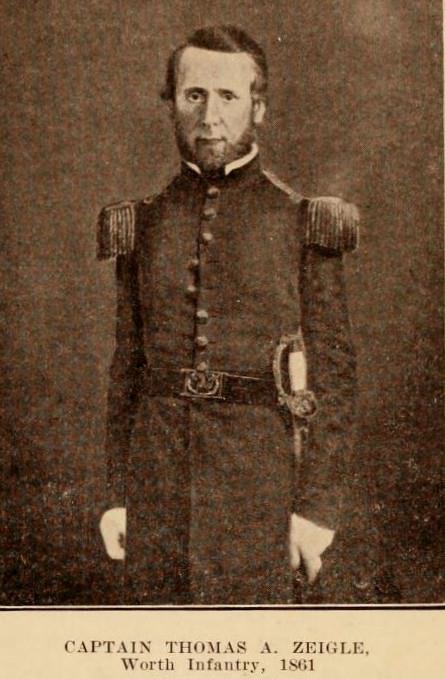 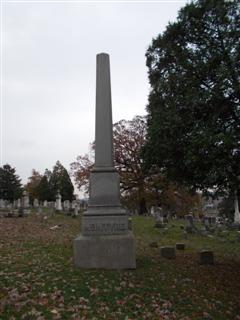 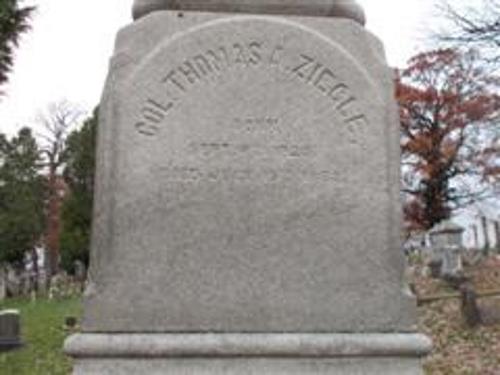