Son of William & Sarah Rhodes Haack and the husband of Mary Gertrude “Gertie” Slusser Haack, whom he married May 4, 1872, in York. In 1860, he was a carpenter living in York Borough and stood 5′ 10″ tall and had dark hair, dark eyes, and a scar on his forehead. Mary had to live in the alms house near the end of her life.

He was one of four Haack brothers who served in the Civil War. The others were Andrew Jackson, Charles Frederick, and Lewis Rhodes Haack. 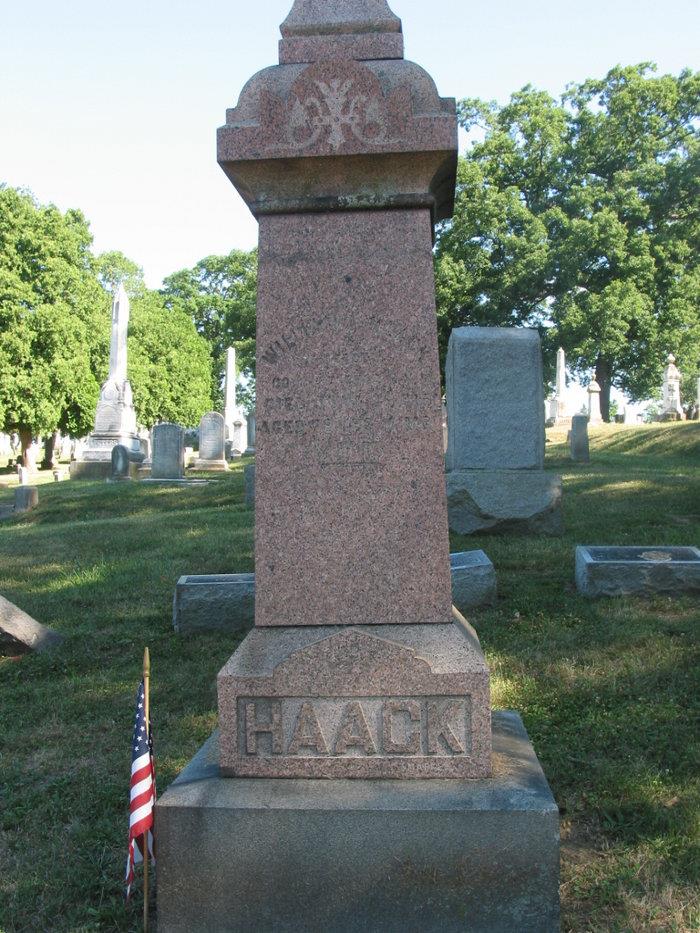