The son of Samuel & Eliza (Rhinehart) Schriver, in 1860 he was a farmer living in West Manchester Township, York County, Pennsylvania. He stood 5′ 9″ tall and had light hair and gray eyes.

A Civil War veteran, he first enlisted and mustered into federal service at Harrisburg April 25, 1861, as a private with Co. H, 16th Pennsylvania Infantry, and honorably discharged with his company July 30, 1861. He then enlisted in York September 7, 1861, and mustered into federal service there September 11 as a private with Co. A, 87th Pennsylvania Infantry, making him the second William Schriver to serve with that company. Shot in the right thigh at the battle of Carter’s Woods June 15, 1863, he managed to escape capture and was granted a medical furlough for forty days. He returned to duty only to be shot again, this time in the right shoulder near Petersburg, Virginia, on June 23, 1864. Worse, he was also captured and incarcerated in the stockade at Andersonville, Georgia. Paroled at Jacksonville, Florida, April 28, 1865, he honorably discharged June 11, 1865. Following that experience, he was, as a comrade described him, “a mere skeleton & suffered about all a human being could suffer short of death.”

He married Sophia Glatfelter December 15, 1861.  In 1883, he lived in Brillhart, York County, and died in North Codorus Township from “chronic interstitial nephritis.” 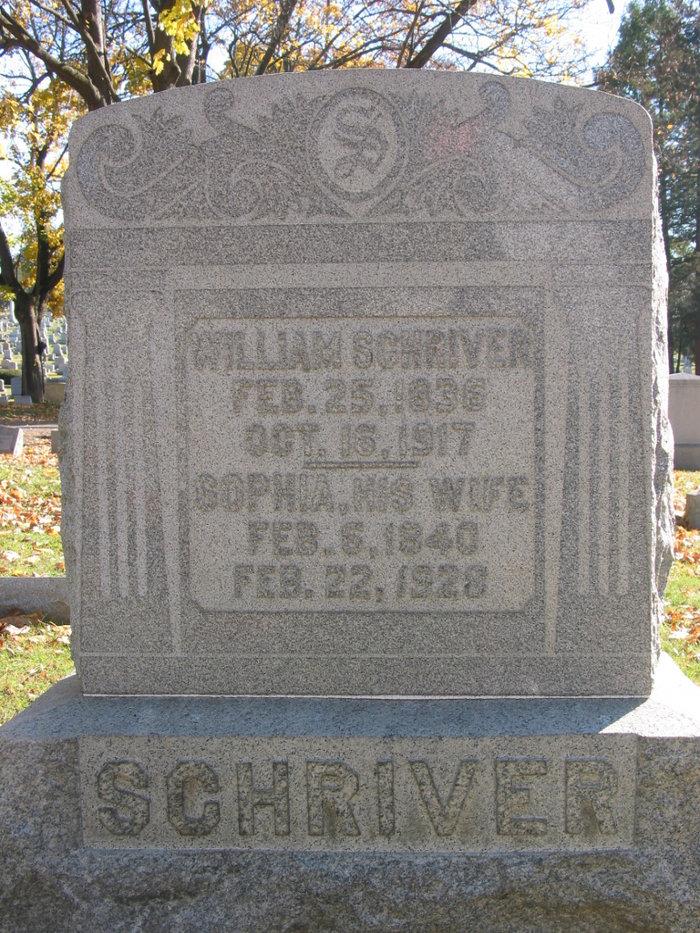